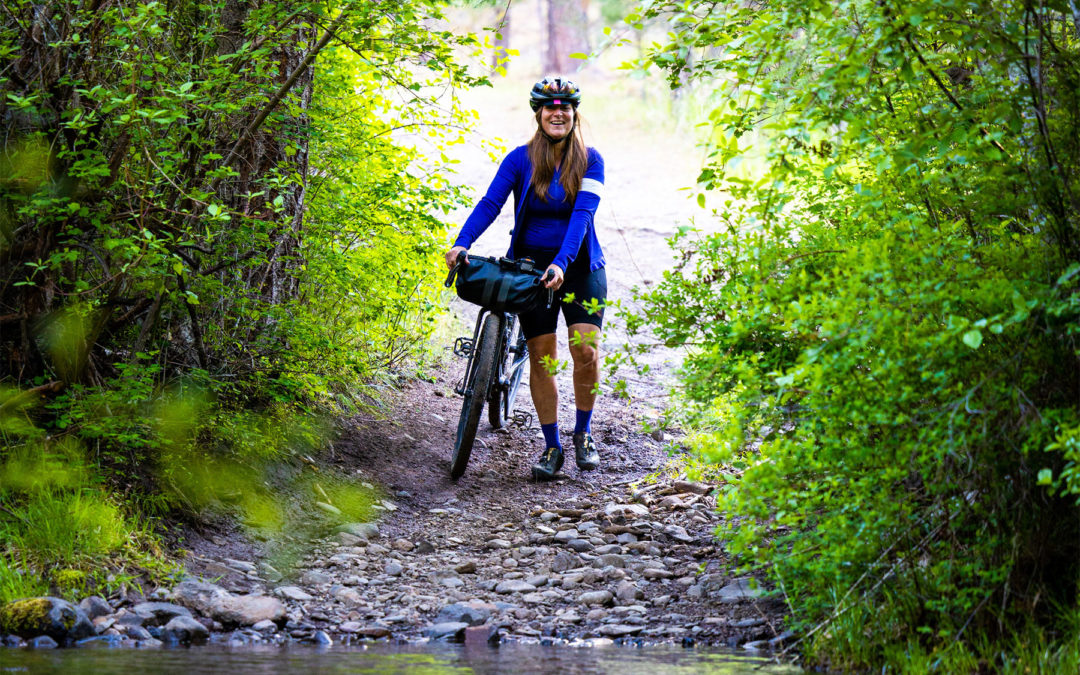 Amy Polo is a musician with a sense of wanderlust that can only be satisfied by rough roads, singletrack trails, and barely-ridden paths. To get wherever she wants, she swaps between 650b wheels with fat tires and carbon 700 wheels with flashy, pink highlights. Amy describes her devotion to off-the-beaten-path routes as “obsessive.”

We say that’s a good thing!

“I love to explore the less-travelled routes. I have my little gravel obsessions. I will spend an entire season devoted to exploring one area: Gifford Pinchot, Central Oregon, or my latest fascination: the Fifteenmile Creek area around Dufur.

“I’ll do anything to get out there.”

“Cycling gives me the sensations of absolute freedom, flying, and fitness. I am a ‘woman of a certain age,’ and it is excellent to feel agile, gritty and strong.”

“I’m feeling faster and finer on my Sugar wheels. I call it ‘Pretty+Performance.’” 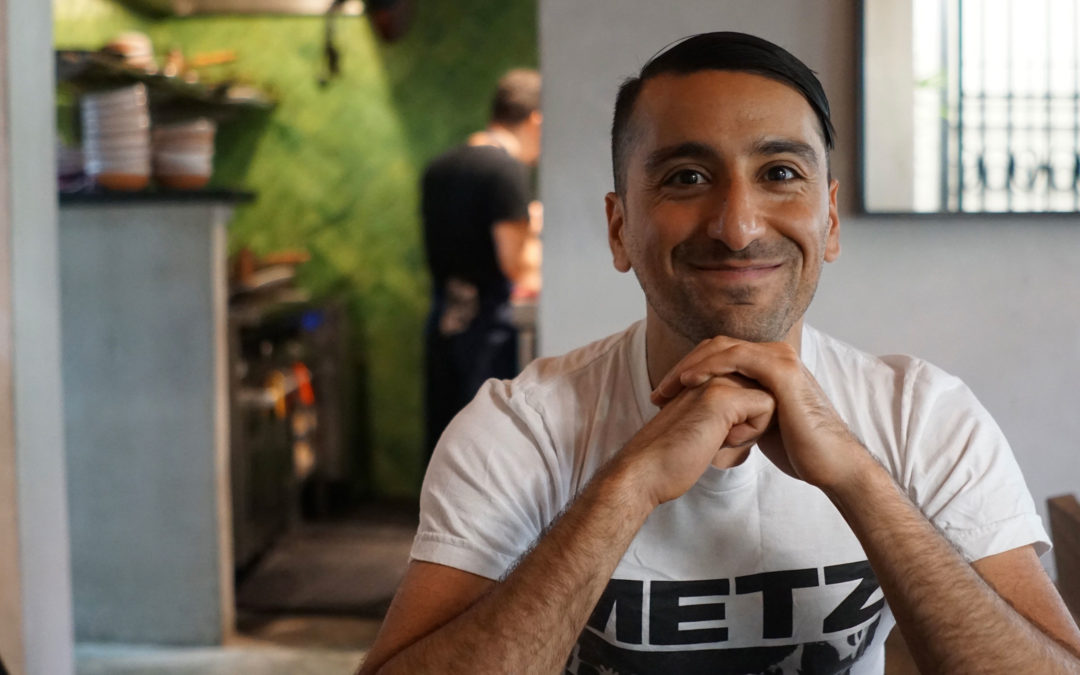 Sepie is an IT engineer in Portland, Oregon. When he’s not baking artisan pizza pies, you can find him (or at least try to find him) far out on the trails and backroads of Oregon and Washington — or riding with the OMTM Crew on logging roads in the middle of nowhere.

Sepie is a firm believer that the best wheelset you can get is multiple wheelsets.

“These days, I prefer to do as much mixed terrain riding as possible. I have three, soon to be four, wheels made by Sugar. While I still have a dedicated road bike with 700x25c tires, I prefer the simplicity and versatility of my Breadwinner B-Road. I have two wheelsets for this bike that Sugar put together for me — a 650b and 700c, knobbies on one, slick all-road tires on the other. These hubs on each set of wheels have been noticeably better than what I was previously using, in particular the engagement on the gravel wheels for the B-Road. I love having two wheelsets for one bike because it’s an easy change that almost makes it like two bikes.

“The thing I love about cycling is the ability to experience your surroundings from a different perspective. You can cover more ground than on foot and slow enough to appreciate the nature around you. While I really like riding with others, especially now, there’s a therapeutic element to riding solo that I really enjoy.”

“While I’ve ridden a fair amount out in The Dalles, I recently went out solo for only my second time. I had a chance to take the Japanese Hollow route in reverse and extend it into the trail system near NF-44, east of Mount Hood. It ended up being 70 miles with nearly 7,800 ft of climbing. This ride had rolling sections of pavement to bookend the route, well-maintained gravel roads, some firelanes and my favorite: single track! 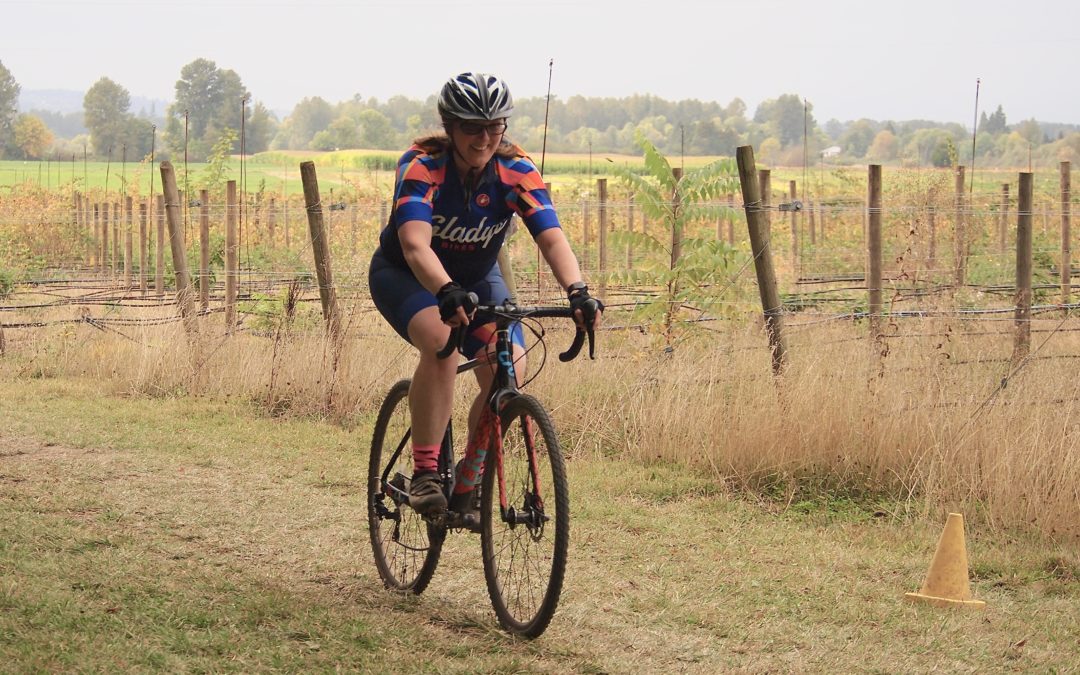 An avid runner, Jodi Gee never loved cycling; she suffered through the cycling stages of triathlons, but “hated” it. But after a car accident required hip surgery, a nurse suggested she give cyclocross a try as part of the recovery process. From there, Jodi was hooked.

Though she is enduring a continual battle with thyroid cancer, she rides on.

CYCLING THROUGH THE CHALLENGES

“By the time I was diagnosed with cancer, I’d been struggling for years to find the cause of my major migraines, my fading energy and my neck pain. I was at my wits end, but I pushed on through work and play.

“As if that wasn’t enough, within 2 weeks of the diagnosis, I was also hit by a non-insured driver. The accident injured my hip, leaving me unable to run anything more than a mile. Sitting for longer than 5 minutes was so painful, I had to change my life immensely. Driving was worse than sitting. I kept trying to run and the pain was horrendous.

“After surgery for my hip, my nurse told me about cyclocross, and that brought back so much joy! Cycling has brought me through some pretty hard times including 3 major surgeries, and a continuing battle with thyroid cancer. My recovery is going so well that I’ll be able to run again soon. But the bike will always be my favorite, now!”

“One of the things I love about cycling is the wind in my hair and on my face, even the rain. I love the freedom riding provides — especially with the stress of life. It takes me away from everything and I think sometimes it’s the only thing that makes my brain shut up. I love the exhaustion after a race and the challenges that cycling provides, as well as the pride in facing those challenges.

“My favorite type of riding is “suburban cyclocross.” What’s at the end of that dead end or behind those trees? I have to keep looking! I can’t stop myself. I remember Thanksgiving a couple of years ago, I rode some trails in my neck of the woods and realized that riding could be so much different and so much better than it ever was back when I did triathlons.”

A SWEETER RIDE WITH SUGAR

And through all of this, Jodi’s Sugar wheels are there for her.

“My Sugar wheels are the best upgrade ever. So sweet they add some sugar to my life. I used to spend a ton on flats and tires. But since I went tubeless, my budget is way cheaper.” 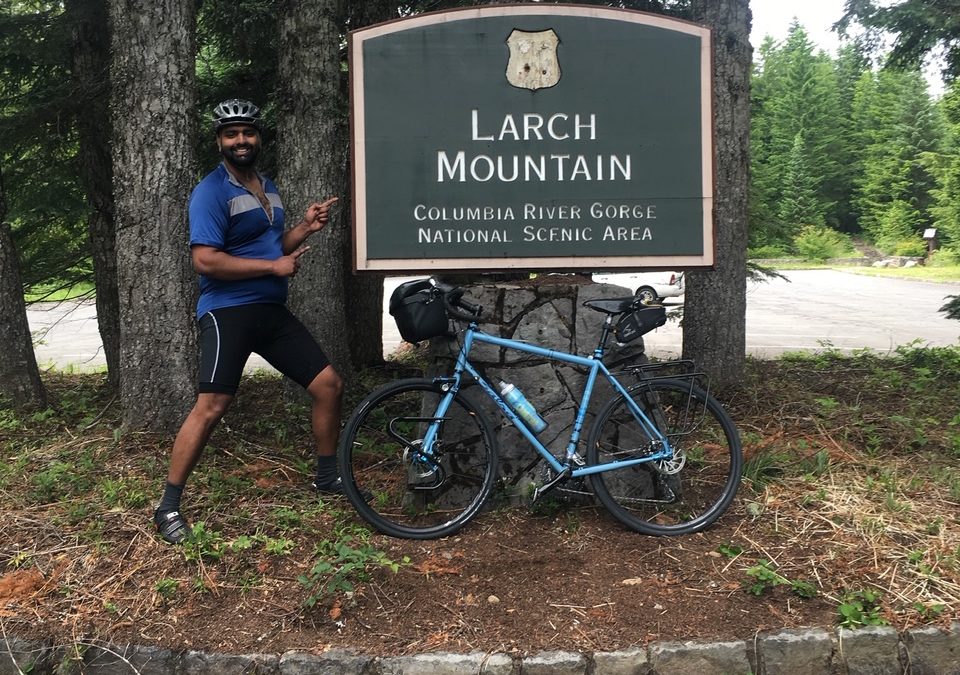 Shimran does his best thinking and feeling on his bike. We can definitely relate.

He rides purpose-built machines, designed to react exactly the way he likes. Custom wheels make the ride even better. We’re honored to have been able to help him with wheels that feel just right.

WHAT DO I LOVE MOST ABOUT BIKING?

“The adventure and solidarity. Honestly, I don’t think there isn’t a time where I felt like my bike was not an adventure. Feeling the wind in your face, feeling the ground below you put you so in tune with the earth. There’s something spiritual about riding a bike and being able to think critically about how you can tackle challenges. Emotions are magnified tenfold. It’s a great time for reflection — and as humans I feel like being able to reflect and gain clarity are essential. Why not do it while pedaling for hours?

“I like to have purpose-built bikes, and I am pretty pleased that the bikes I own have very different riding characteristics. Building custom wheels with Sugar further augmented these characteristics.

“The first wheel build was for my singlespeed. I wanted a bike that was lightweight, simple to maintain, and worked wonders in the stop-and-go traffic of a city. By virtue of being a singlespeed and having 650c wheels, the bike was already nimbler than anything I had ridden before. But the Velocity A23/Phil Wood combo I built at Sugar transformed my riding experience! It was almost effortless to pedal, easy to control, and a huge weight difference. Despite being an old, unremarkable steel frame, it felt like an expensive track bike!

“I also built a second set of wheels for my Salsa Vaya, my primary get-out-of-town rig. I use this bike for touring, and the stock wheels work well for a wide variety of on-road, and gravely off-road conditions. However, I wanted to squeeze out better on-road performance without spending money on a new bike. Jude helped me choose a Hed Belgium/White Industries combo, allowing me to ride my touring bike more like a regular road bike. Plus, the hubs match my bike!”

MOST MEMORABLE RIDE: ACROSS AMERICA

“In the summer of 2011, I had the privilege to ride across the country from Providence, RI to Seattle, WA.

“I came to really appreciate every state I passed through and really felt like I got to meet wide swaths of America and people from different walks of life. I travelled roads that I would never have seen by car and visited towns that I never would have been to.

It’s true what they say: the best things are often off the beaten path. Being on a bike and riding through these quiet places, I felt like I was a member of a secret club, a local.

It’s a beautiful country, and even prettier on a bike. Seeing the Rockies and the Tetons for the first time, riding through some of the most pristine Earth imaginable on the Sioux reservations in South Dakota, looking up at the stars in a unpolluted—almost cinematic—night sky at the feet of Washington Pass: these images are etched into my memory forever.”